A seminar was successfully held on Tuesday, in a central hall of the Federal Capital, that allowed the analysis of growth opportunities, industry experiences and training on the use of photovoltaic solar energy as a sustainable alternative for energy generation. Non-polluting from a renewable source.

International specialists from Spain, France, Chile and Argentina participated in the conference. The event was organized by the French company Schneider Electric Solar -a global specialist in energy management, automation and a world leader in solar and energy storage solutions-, together with its strategic partners in the country, Intermepro and Probattery. 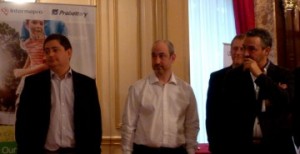 The conference was held at an opportune moment, since yesterday the National Government launched the national and international tender for the installation of 1,000 megawatts of renewable energy (wind, solar, biomass and small hydroelectric power), which will come into operation in two years and it will mean an investment of 1,500 million dollars and the creation of 8,000 jobs. The official announcement was made on Monday by the undersecretary of Renewable Energies, Sebastián Kind, and the national director, Mauro Soares, at a press conference held at the National Ministry of Energy.

The national body announced that the final specifications were approved and the call was opened for companies to bid in Round 1 of the RenovAr Program for the generation of 1,000 megawatts (Mw) of renewable energy, through Resolution 136/16 published in the Official Gazette. The Government’s intention is to double the generation capacity of renewables, which today does not reach 2% of the local electricity supply.

The news was one of the main topics that surrounded the seminar, and Sebastián Valenti, from the National Institute of Industrial Technology (INTI), was present at the opening, who spoke about the Renewable Energy policies in Argentina, the modifications proposed by the government to National Law 27,191 and the financing offered through the RenovAr program.

On the other hand, the meeting made it possible to analyze the ABCs of installing an efficient photovoltaic solar power plant, on a small or large scale (from how to choose a site, costs to take into account, planning times between purchasing processes for supplies and materials until the beginning of the work, and start-up). The best selection of a photovoltaic module to avoid risks was also addressed in detail, the characteristics of the most efficient systems and applications were explained, depending on the type of inverters and the needs of the grid connection project. All these aspects of production and performance factors were in charge of Enrique García from LATAM, director of CGL South America. 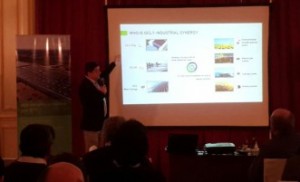 Meanwhile, a special conference related to the vision of sustainable solutions, with some reflections on the current problem of the energy deficit and the rise in electricity and gas rates, were shared by Carlos García, director of LG Argentina. “While progress is being made in an application project of Law 27,191, a consumption balance must be carried out. Air conditioning installations should be reviewed, and if they are prior to 2010, it is very likely that they need a retrofit (updating process). As a logical measure, the EER (energy efficiency ratio) of the installation should be consulted and a use factor of the order of 0.75 should be applied to obtain the real efficiency of the system. Once the final electricity consumption has been defined, if they choose to generate photovoltaic energy, it should be used for daytime consumption. And, finally, they should surround the use of batteries to have electricity for emergencies, instead of the usual generator set”, recommended García.

To conclude, the directors Alejandro Iza and Freddy Cañizales made a corporate presentation on the Schneider Electric solar unit, exposing the latest technologies in monitoring systems and technical fundamentals of Utility Scale, Residential & Commercial and Off Grid.

The activities will continue with workshop meetings in the Federal Capital and conferences in Santa Fe and Rosario between today, Thursday and Friday, aimed at companies interested in meeting the requirements of Law 27,191 by implementing solutions based on solar energy, with training for professional guidance and technicians in solar inverters, including technical fundamentals and training for the selection and use according to the required technology of the international brands that organized the event.

Engineer Adrián Kolonski, president of Intermepro, spoke at the end of the seminar with ArgentinaForestal.com about the national government’s announcements and expressed that “any change that helps to strengthen the investor’s guarantee profile is always good news. But we still do not have a weighting on what investors will do in the face of these announced changes, therefore we will have to wait to analyze and evaluate the impact of the proposed measures, “he said. 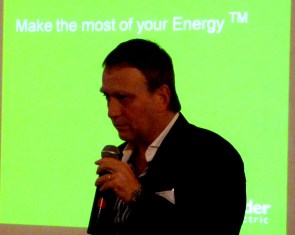 In this sense, he indicated that “on the date the call for tenders was made, when the offers are presented, it will be possible to have a first overview of how the measures announced on the Renewable Energy Law really impacted the market, if the way in which the The government proposes that the presentations be made if feasible and if the guarantees offered are convenient. We, as actors in the sector, are very interested in this initial kick materializing in the development of solar energy in the country”, said Kolonski.

The manager was one of the hosts of the conference organized by Schneider Electric Solar, where with comparative data with Europe, the United States and Latin America, they exposed the potential that Argentina has in renewable energy and in particular in solar energy. “We hope that this non-polluting generation alternative can take off in its development and help alleviate the energy deficit that currently exists in the country. We have no doubt that sustainable management to care for the environment is the way to go”, the manager remarked in the interview.

On the other hand, he referred to the strategic decisions that Intermepro had been taking in the last year to prepare to meet the current market demand with the availability of a technology offer with world-leading brands for national development. “We have been working for more than a year, it was when we made the necessary decisions before all the changes that occurred this year, since we understood that it was the path and the step to take towards sustainable management. That is how we began to work in alliance with Schneider Electric Solar, a fundamental strategic ally in the business, since everything we do in our company is with world-class companies. We made every effort to provide security and professionalism to our partners and our clients, and we prepared ourselves to navigate this new scenario in Argentina”, Kolonski asserted.

The director of the solar area of ​​Schneider Electric for LATAM, Alejandro Iza, was the general coordinator of the meeting and during his presentation he referred to all the technological options that exist in the photovoltaic energy market and the solutions that it can provide to the market.

The company has operations in more than 100 countries, it has more than 6,000 engineers with 300 of them specialized in photovoltaics, providing security and guarantee of technical assistance anywhere in the world, with its subsidiaries and suppliers, in the case of Argentina to through Intermepro.

Iza maintained that “Argentina has enormous potential for development, and for more than two years we have been following this market very closely at the company,” said the manager. “The public that attended the seminar were representatives of large companies in the country interested in learning about the development of solar energy, they know what is coming in the future as a generation, both in Argentina and in the rest of South America,” he added. 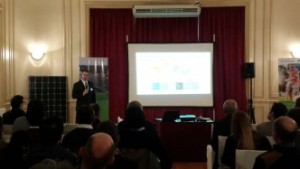 Director of the solar area of ​​Schneider Electric for LATAM, Alejandro Iza, at a conference.

Application Engineer of the solar area of ​​Schneider Electric for LATAM, Freddy Cañizales.

Regarding the reasons that would still stop investment in this alternative, he maintained that it is mainly due to “ignorance of its benefits that still exists, this is the only thing that stops its potential growth,” said Iza. “Whenever you start in a new market, you have to go through a learning curve that can be more or less high, depending on the degree of acceptance by the general public. Here in Argentina we have seen that the photovoltaic alternative was very well accepted, you have to understand the concepts, which are not difficult to handle, but it is necessary to understand them at certain points, since they make it very viable and efficient. I think we are on a very good path,” he said.

In this way, he stated that “the Argentine market has unique conditions to offer one of the greatest developments worldwide. Although Schneider Electric does not carry out installations, we are supporting all developers, engineering companies and the general public so that they take advantage of the learning curve and benefit from this sector, carrying out quality installations that allow each one to meet their expectations and the expected performance. of its facilities”, concluded Iza.